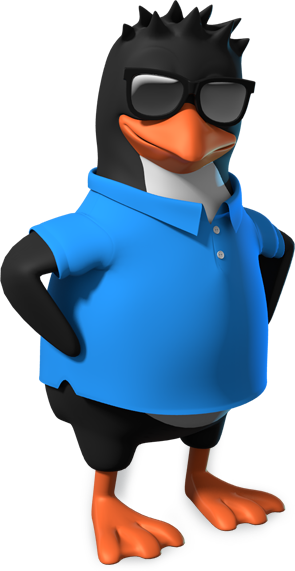 Cube captures the spirit of B-Squared. He first waddled onto the scene in 2003. Over the years, he’s taken on couple different roles, but now he’s clearly solidified his position as Emperor Penguin around our office.

Cube has a real gift for gab, and he enjoys getting to know our customers and their brands. Living in Ohio, you’d think he would feel right at home in the winter climate. But really, he’s a summer bird. He loves to spend his time out on the golf course, drinking some cold ones and shooting the breeze.

But don’t let his penchant for warm weather fool you — Cube knows cool, especially when it comes to promotional products and marketing. He works hard to ensure that our customers stay relevant by offering fresh ideas and trendy solutions. All you need to do is ask. Give us a call at 877.510.9510 or stop by our North Canton showroom.